Stay updated on what is transpiring in the world of business in Scotland today, and you will be sure to notice a gap in the market of which you can take advantage. 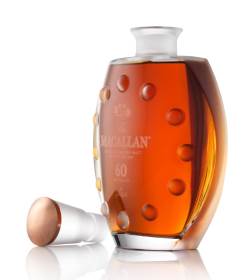 This rare bottle of malt changed hands at an auction held in Hong Kong which saw various interested parties make their bids. The Macallan Valerio Adami 1926 set the record as having been sold at the highest price. This record-breaking sale took place shortly after another bottle of the same vintage, the Macallan Peter Blake 1926 changed ownership for £750,000.

Previously, the record for bottles in that vintage was at £460,000. The Macallan labels are the brainchild of artists Valerio Adami and Peter Blake. Valerio played a crucial role in the design of the name. In that line, only 24 bottles got made which got handed to the most valued customers of the brand. It is not a wonder that the bottle attracted bids from all over the world as each collector tried to get their hands on what can get described as the Holy Grail of Macallan.

A Tough Year for Salmon Producers 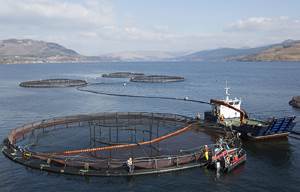 The UK is facing a 13% reduction in salmon production, owing to factors such as sea lice and diseases and the low harvests are beginning to take a toll on people’s livelihoods. For the past few years, the production of salmon has been on a steady rise and this reduction in fish is a threat to the economic growth experienced in the previous cycles.

There is an expectation that the output will decrease further in the second and third quarters by 15 percent and 11 percent respectively. If this happens, then the production will hit the lowest figures seen in the past eight years. 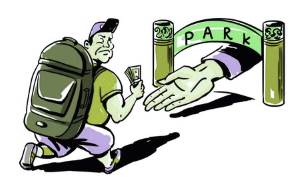 The argument behind the charge is that over the years, the number of tourists has grown and there is a need for more funds to help cater for the increasing demand on utilities in the city. Edinburgh is not the first city to push for such reforms as other places such as London and Hull have been here before. Most member states of the European Union impose a tax on tourists, except for regions such as Ireland, Denmark, Sweden, Estonia, Latvia, Finland, Luxemburg and the UK.

The tax gets its basis on factors such as the number of people per room, the number of nights and the type of rate applied. The prices vary depending on the standard of accommodation, the region, the authorities in the area and the age of occupants. Generally, children attract low rates or get exempted from the taxation in totality.

The complication with the implementation of such a levy is that you will find that some areas do not apply such taxes. Take Germany as an example. Where in Berlin you are going to attract a fee, cities such as Munich are tax-free concerning the occupancy rate. The formulas applied also vary where some towns base it on the number of rooms as opposed to per people.

The primary concern with the tax though is the impact it will have on tourism. Given the vast array of options available to tourists, one wonders whether people would opt to go to other tax-free regions where they could have more money to spend on vacation. Only time can tell if the tax is beneficial to the city.

TSB Customers Up In Arms Over Lack Of Fraud Alerts 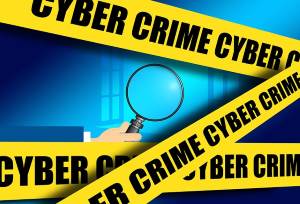 Many TSB clients are coming out stating that they did not receive any alerts on fraudulent activities in their accounts even when money got taken out. Victims of the ongoing scam went ahead to state that the bank did not call or text them, asking to ascertain whether the withdrawals were from them.

This issue came about when the bank launched a computer platform. Though the bank claims that its fraud detection systems are working and can check for irregular activities, people are reporting that they have lost thousands of pounds from their online bank accounts. Fraudsters are gaining access to people’s bank accounts by calling to make changes on details such as phone number and passwords.

The bank is currently working on updating its systems to avoid such incidences in the future.

Covid in Scotland: 'Cause for optimism' in case rate data
15 January 2022

A health expert says the slowdown in coronavirus cases gives "cause for optimism" but the [...]

Over the next decade or so these new offshore wind farm sites could supercharge renewable energy cap [...]

Nicholas Rossi, using the alias Arthur Knight, was arrested in hospital while being treated for Covi [...]

Tobin was transferred from HMP Edinburgh to the city's Royal Infirmary after becoming unwell. [...]